The Relationship between the Private Sector and Fusion Centers: Potential Causes for Concern and Realities

Supplement: Proceedings of the 2008 Center for Homeland Defense and Security Annual Conference

ABSTRACT:
The emergence of fusion centers has been met with much anticipation, as well as feelings ranging from relief to fear. Much of the latter has focused on the potential for fusion centers to disregard civil liberties, a position promoted by the American Civil Liberties Union (ACLU). In a 2007 report entitled, What’s Wrong With Fusion Centers, the ACLU argued enhancing private sector integration with fusion center efforts was a “bad idea” that would lead to the abuse of civil liberties. Yet, the potential problems highlighted by the ACLU are not inevitable. Nor are they particularly likely at this point in time given the embryonic nature of such relations, if they exist at all, and due to regulations and other forces at play. Nor is the nature of a relationship between fusion centers and the private sector problematic in and of itself. That said there are fundamental issues related to these centers, some concerning civil liberties, which need to be addressed to ensure that fusion centers become a viable and effective component of our nation’s homeland security posture.

O’Neil, Siobhan. “The Relationship between the Private Sector and Fusion Centers: Potential Causes for Concern and Realities.” Homeland Security Affairs, Proceedings of the 2008 Center for Homeland Defense and Security Annual Conference (April 2008). https://www.hsaj.org/articles/134

The emergence of fusion centers has been met with much anticipation, as well as feelings ranging from relief to fear. 2 Much of the latter has focused on the potential for fusion centers to disregard civil liberties. In December 2007, the American Civil Liberties Union (ACLU) published a report entitled What’s Wrong With Fusion Centers, in which it states,

Fusion centers are poised to become part of a wide-ranging trend of recent years in the United States: the creation of a “Surveillance-Industrial Complex” in which security agencies and the corporate sector join together in a frenzy of mass information gathering, tracking and routine surveillance. 3

The report goes on to state that “while it is entirely appropriate for law enforcement to confer with private entities for specific, well-defined purposes, breaking down the arms-length relationship between government and the private sector by incorporating private entities into fusion centers is a bad idea.” 4 Potential by-products of this union, according to the ACLU, include, but are not limited to: the potential for private companies using classified information to gain an unfair business advantage over competitors; private companies funneling private information to the government without “proper legal process,” which could subsequently be ‘mined’; and ultimately, the private sector becoming “an extension of the surveillance state.” 5

Even the slight potential for civil rights abuses needs to be taken seriously, but the degree of concern expressed in the ACLU report with regard to fusion center-private sector relations is largely unwarranted. To date, none of the scenarios described by the ACLU have been reported. This is not to say that private sector integration and civil liberties protection are not areas of concern, but rather, that the ACLU’s pessimistic predictions have not been realized. This is largely due to the current state of relationships between the private sector and fusion centers, which are still in the early stages, and in some cases, have yet to be established. Even if relations are eventually established, there are forces on both sides that discourage the abusive behavior described by the ACLU.

In 2007, the Congressional Research Service conducted interviews of nearly forty fusion centers around the country. The data suggest that the image of a fully integrated, open data-sharing relationship between fusion centers and the private sector, as envisioned by the ACLU report, has not been realized. Rather, there is a great deal of variation in the existence, and types, of relationships between the private sector and fusion centers. In some cases, a relationship was non-existent. Fusion centers in this position often lack the personnel and/or the wherewithal to establish such a relationship. Others have a narrow mandate, and/or are focused on addressing more pressing law enforcement and first responder commitments. In still other cases, there is another related entity, often the state homeland security advisor, division of public safety, or the Information Sharing Analysis Centers (ISACs), among others, that engages in private sector outreach and/or information sharing, and as such, the fusion center does not have direct contact with the private sector.

There even appears to be a degree of enduring trepidation within fusion centers and the private sector about working with each other. There are indications that law enforcement, the dominant force at fusion centers, remains somewhat wary of how to share information with non-law enforcement public agencies in support of the center’s homeland security mission. This apprehension is often even more acute with regards to private sector relationships. As law enforcement remains largely case and prosecution focused, the potential of compromising prosecution remains a paramount concern and will likely lead to a conservative approach to information sharing outside of law enforcement agencies. In addition to the legal restrictions and internal concerns that restrain law enforcement, there are also forces that act to inhibit abusive private sector behavior in this area. Even the perception of violating the privacy rights of clients would likely carry a significant cost for the private sector, including bad press, loss of business, a drop in stock prices, shareholder intervention, and litigation.

Irrespective of the existence of, and/or depth of, ties between fusion centers and the private sector representatives at the time of the CRS research which this paper draws on, there was a near universal recognition by fusion center leadership across the country that the private sector played an important role in homeland security. Frequently, fusion center representatives cited the number of critical infrastructure sites within their jurisdiction that were owned and/or operated by private companies. Furthermore, there was an understanding that to create a comprehensive risk assessment of their state/region, fusion centers would need to establish a viable relationship with, and ascertain some information from, private sector entities within the their jurisdiction. Despite these realizations, the progress toward establishing relationships with the private sector, much like all aspects of fusion centers, differ significantly from center to center. The varied nature of fusion center relations with the private sector is symptomatic of the grass roots development of these centers, and the lack of strong federal direction or national consensus on their purpose, organization, and scope.

Potential civil liberties concerns should not be treated as the disease, but rather symptoms of a more fundamental problem: the failure to address the core philosophical and structural issues surrounding fusion centers. Despite numerous federal guidance documents and national conferences on the subject, key issues that are paramount to creating a strategic vision for fusion center development have repeatedly been ignored. Some key issues include:

Conceptually, fusion centers pose a significant value proposition to bolster our nation’s security. Today, it is widely accepted that effective intelligence processes are essential in terrorism prevention, and that state, local, and tribal law enforcement and other public sector agencies are in a unique position to play a role in this process. There is agreement that as the majority of critical infrastructure sites in the country are owned and/or operated by the private sector, that it too has an important role to play. However, the uneven, grassroots development of fusion centers, devoid of strong federal direction and national consensus on their mission, scope, and ‘ownership’ threatens the value of their contribution and increases the risk of abuse.

Given that fusion centers are entities established by states and localities to serve their own law enforcement, emergency response, and homeland security needs, and compounded by the sensitivities associated with federalism, the federal government is in a difficult position of balancing its interests and respecting the local nature of fusion centers. As such, the federal government has been understandably hesitant to place requirements on fusion centers. Instead, federal agencies have produced guidelines, which have not been compulsory, to include the National Strategy for Information Sharing and Fusion Center Guidelines. 8 While these documents address some of the tactical and operational concerns related to fusion centers, they are often vague to a fault and fail to provide the comprehensive vision for fusion centers as part of the nation’s homeland security posture.

Failure to create a consensus on the role, structural requirements, and responsibilities for fusion centers is apt to increase the potential for ineffectiveness, which threatens the viability of fusion centers. If fusion centers fail to demonstrate their worth and strengthen and augment our nation’s homeland security efforts, political support and external agency engagement with these centers is likely to decline. Moreover, potential civil liberties abuses could damage fusion centers’ credibility and undermine their public support. It has rightfully been warned that even rumors of impropriety and civil liberties abuses associated with a single fusion center can cause irreparable damage to the reputation of all fusion centers nationwide. This would be unfortunate given the potential for fusion centers to provide public safety and homeland security benefits to both local communities and the nation.

Siobhan O’Neil is a political science graduate student at the University of California Los Angeles (UCLA). Prior to attending UCLA, Siobhan served as the analyst for domestic security and intelligence at the Congressional Research Service (CRS). She spent five years working in homeland security at the state level in New York and New Jersey, most recently serving as the deputy chief of the Intelligence Bureau of the New Jersey Office of Homeland Security and Preparedness (OHSP). Siobhan received her MA in security studies (homeland security and defense) from the Naval Postgraduate School (NPS), where she was awarded the Philip Zimbardo award. Siobhan also holds an M.Litt. in international security studies from the University of St. Andrews 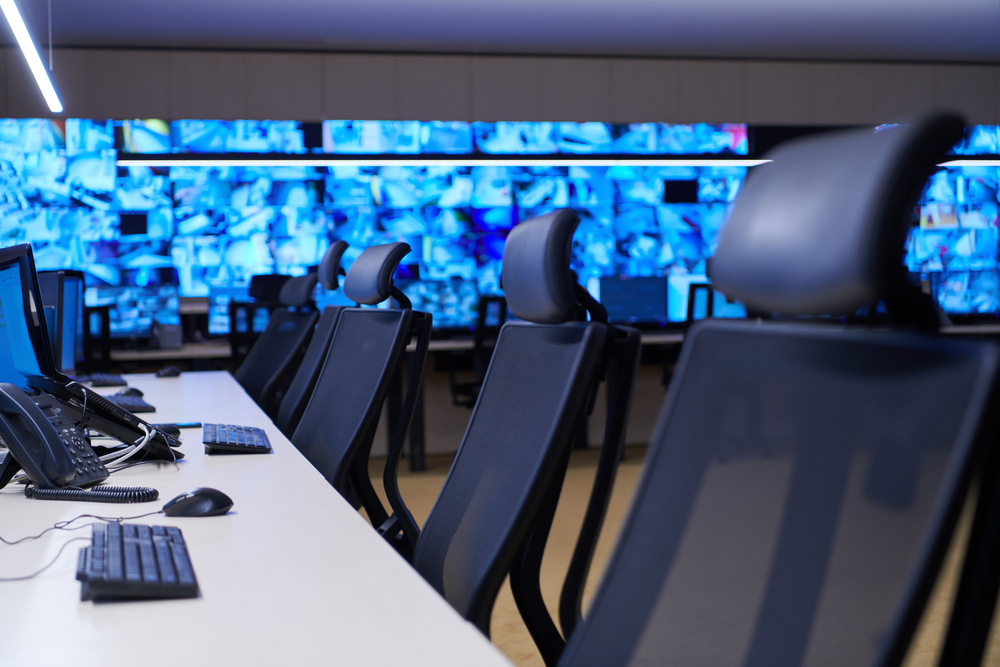